Know more about treadle sewing machines in this article as it will discuss the different parts that make this vintage sewing machine work. In the latter part, you will also get a glimpse of its history, from its first

The first-ever patent for a sewing machine was granted to the British cabinet maker Thomas Saint in 1790. While it has not been verified if he ever built a working prototype of the machine, which was originally designed to work with leather, subsequent builds using Saint’s blueprints and drawings did not work.

In the year 1800 up to 1820, less than five different attempts were conducted to build a sewing machine. The rest were all failures and not successful at all.

The first one was back in 1804, where Thomas Stone and James Henderson received their French patents. The second one, the same year, Scott John Duncan received the British patent.

In late 1810, Balthasar Krems from Germany invented the cap-sewing machine. In 1814, Josef Madersperger, who was known as a tailor in Austria, was awarded an Austrian patent. Only in 1818 where John Doge and John Knowles invented the first American sewing machine.

After these attempts, in 1830, a french tailor named Barthelemy Thimmonier invented the machine that used a single thread. It includes a single hooked needle to make a chain stitch like the ones used in embroidery.

A treadle now powers this machine, and it finally worked. Soon after polishing the blueprints, Thimmonier had eighty machines going and a lucrative contract for army uniforms from the French government. This success, however, was short-lived. Fearful of being unemployed because of the brand new inventions, tailors in the area destroyed Thimmonier’s factory.

In 1846, the first American patent for a sewing machine was awarded to Elias Howe. His invention could create a lock stitch using a process that utilized thread from two sources.

Howe didn’t have the easiest time marketing his invention as well as defending his patent. Out of all these people, there was a man who would soon be the creator of the infamous treadle sewing machine. The name was Isaac Singer. These efforts reached their peak between 1880 and 1900 with some highly curious add-ons for the sewing machine.

This invention had a footboard and a counterweight on a pivoting rod for treadle machines with a cross brace between the sides. All the operator had to do was touch the weight, and the footrest would be deployed.

This modification placed gearing between the pedal and the flywheel to ensure that the machine would start in the right direction.

Instead of the commonly used treadle, the operator would rock a full-length push bar back and forth. It was connected to a freewheel device through a cord, which translated the motion from linear into circular.

Whitney cushion is a shaped piece of rubber that was attached to the treadle. It is used to make the machine start quicker and run faster while making the entire process more bearable by relieving the operator of shock and vibration.

Cowles Treadle System consists of two pitman shafts and cranks that can provide you with one up and one down pedal movement. It also received a medical endorsement from physicians who said that it would improve the operator’s health the more it was used. 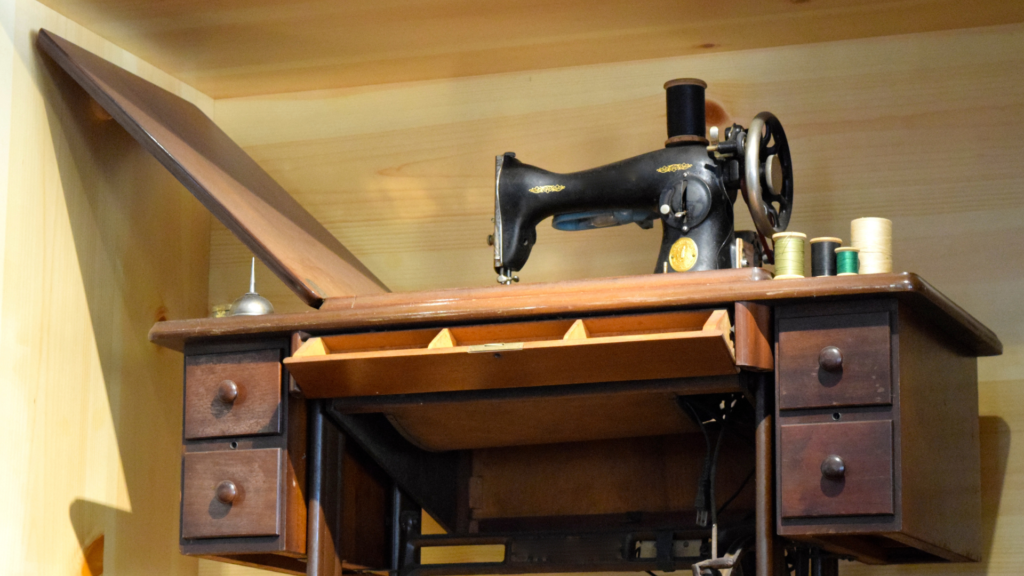 How To Determine If You Are Using A Treadle Sewing Machine

A common feature of treadle machines is the foot pedal (treadle) on the base, responsible for driving the needle. Be that as it may, it can still be a little challenging to determine what kind of machine is in your possession.

Start By Finding The Brand

Sewing machine manufacturers usually place their brand names somewhen on their machines. More often than not, you can find these names in the cast iron base or somewhere easy to distinguish on the machine itself.

Some common brand names include Singer, White, Howe, Willcox & Gibbs, National, and many others. Knowing which brand your machine came from can help you narrow down your machine’s manufacturing date and model.

Whatever model and brand it may be, the machine is bound to have numbers printed on it somewhere. For example, in the case of Singer machines, serial numbers are often located at the base of the mechanism. White sewing machines have a metal plate that has the serial number of the machine.

Find Clues About The Date

Treadle sewing machines were made well into the 1950s. However, they were most common during the Victorian era.

So, the most effective way to determine the date of your machine is by looking for some clues in its design. More elaborate and ornate stands signify machines from the Victorian era, while simpler and sleeker designs are hallmarks for 20th-century models.

You can also try looking through listings on antique and auction sites to help you locate similar machines. Looking up photos may help you determine whether you have the same model as the pictures that come up. Some great sites to conduct research in are eBay and Etsy.

The Parts Of Treadle Sewing Machine That Makes It Work

When dealing with the components and parts of a treadle sewing machine, you need to know the different categories. These categories can be broken down into two parts, the upper parts and the lower parts.

Some major components that make up the upper part of the sewing machine are the head, arm, and bed. You can expect to find the belt guide, band wheel, dread guard, treadle, legs, and belt shifter for the lower part.

One area where collectors need to be careful with is the issue of vintage production lines that foreign manufacturers are putting the Singer logo on. In the US, treadle sewing machines are labeled as vintage products.

However, they are still being sold into other parts of the world when manual labor is invaluable. The machines are expensive and are usually inferior to their authentic, antique counterparts.

These models feature very crude decals such as the 1930s lighting and eagle motif or the Egyptian Memphis motif, to name a few. Their black enamel is also quite thin. In spite of the acceptable work these models may put out, these machines are still very easily distinguishable from the real deal in terms of quality output and performance. 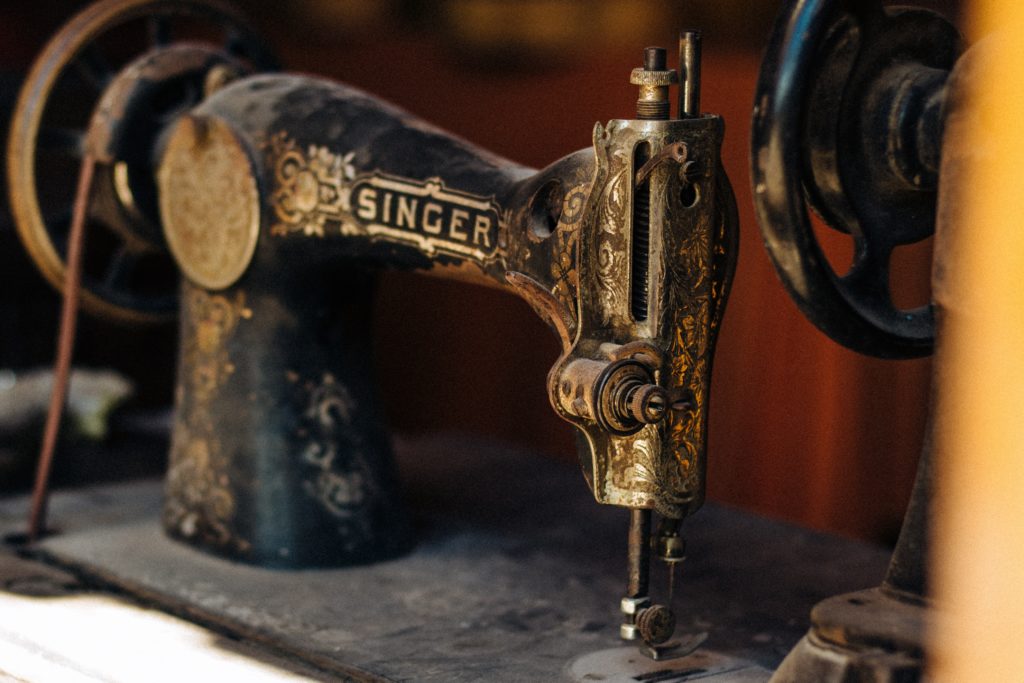 Experts will always advise that whenever you’re in the process of investing in a sewing machine, you can’t go wrong with the original. Since these models are common and are established in the market, it will be easier for you to repair and replace parts for your sewing machine.

Experts also say that if you ever find treadle sewing machines at auctions or garage sales, grab the chance to buy them as they are definitely antiques.

Causes And Solutions For Sewing Machine Thread Breaking At Needle

What is a Serger Sewing Machine? (Beginner’s Guide)